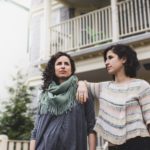 28 September – ARI & MIA    “Strikingly beautiful, distinctive and exhilarating, with expressive vocals that will find a way into hearts and minds” (No Depression), Ari & Mia reference the styles of Southern and Northeastern fiddle music and the early American songbook to create a realm where their own compositions cross paths with older traditions. Their stylish and sophisticated music honors the sounds of Appalachian cottages, rural dance floors, and urban concert halls. Combine this with their innovative approach to songwriting and the result is a captivating sound.

Since 2008 the sisters have toured all across the U.S and Australia and are both graduates of New England Conservatory’s cutting-edge Contemporary Improvisation department. They’ve performed alongside Sarah Jarosz, opened for the likes of Cheryl Wheeler and Catie Curtis, and played at venues such as Shalin Liu Performing Arts Center, Falcon Ridge Folk Festival’s Mainstage Emerging Artist Showcase, Club Passim, the Parlor Room, New Bedford Folk Festival, and Jordan Hall. Both award winning songwriters, Mia’s song “Across the Water” won the 2010 John Lennon Songwriting Contest in the folk category, and Ari’s song “Old Man” was a semi-finalist for the 2016 International Songwriting Competition.

“Ari & Mia are not creating a new music; they are taking it to another level and exploring areas that have not been attempted in decades. Their all-acoustic, pure and honest approach has significance. Treading the edges of traditional folk in a more faithful manner, they share the lyrical wizardry of 70’s bands Steeleye Span, Tir-na-Nog, and the Incredible String Band, with searing harmony as good as The Beach Boys. The sisters sing in unison like two violins,” continues No Depression. Their new album, “Sew the City,” released on March 1, 2019, was premiered on Billboard Magazine and has been met with critical acclaim. Their previous three albums, ”Out of Stone,” “Land on Shore,” and “Unruly Heart”, ranked high on the national folk radio charts. 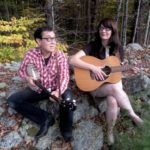 2 November  – Hungry Town  Rebecca Hall and Ken Anderson–otherwise known as the folk duo Hungrytown–have earned a reputation for the quality and authenticity of their songwriting. Learn more and check out the flyer for their concert HERE! 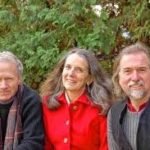 7 December – Susie Burke and David Surette with Kent AllynThree of the Seacoast’s finest singers/songwriters, and instrumentalists will perform their annual Holiday concert.  Learn more and check out the flyer for their concert HolidayConcert! 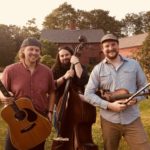 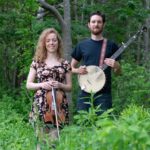